Considered to be one of the three great gardens of Japan, Kenroku-en, Kanazawa, Honshu Island, Japan, was built during the Edo-period by the powerful Maeda clan in the 1600’s

Kanazawa, on the northern shore of Japan’s “mainland” (Honshu Island), is renowned for its garden, Kenroku-en, considered to be one of the three great gardens of Japan.  Literally translated as “Garden of the Six Sublimities,” Kenroku-en was built by the powerful Maeda clan in the 1600’s.  Rated as one of Japan’s top gardens, this Edo-period haven, built by the powerful Maeda clan in the 1600’s, takes its name from kenroku (combined six), referring to the six garden attributes needed to achieve perfection: seclusion, spaciousness, artificiality, antiquity, abundant water, and desirable views.  During the winter months, branches are suspended with ropes from a post at the center of each tree to form elegant conical shapes, protecting them from Kanazawa’s heavy snowfall. 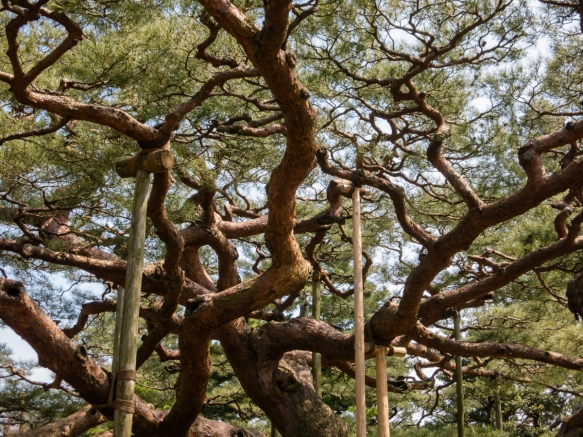 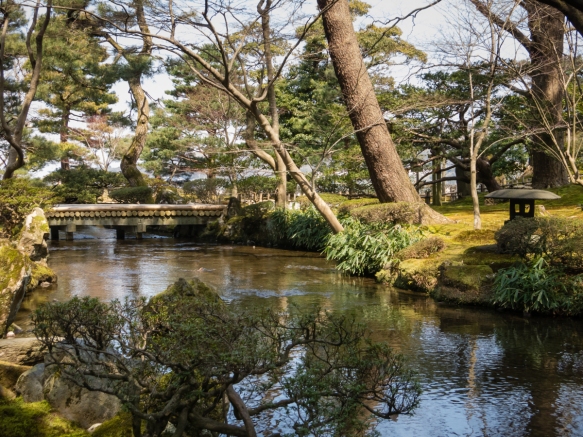 Flowing water in the gardens was a major engineering accomplishment in the 1600s and the streams, ponds and lakes in Kenroku-en, Kanazawa, Honshu Island, Japan, are an integral part of the overall garden design

Although technically spring (by the calendar), the weather was not warm enough for most flowers to start budding and blooming, Kenroku-en, Kanazawa, Honshu Island, Japan 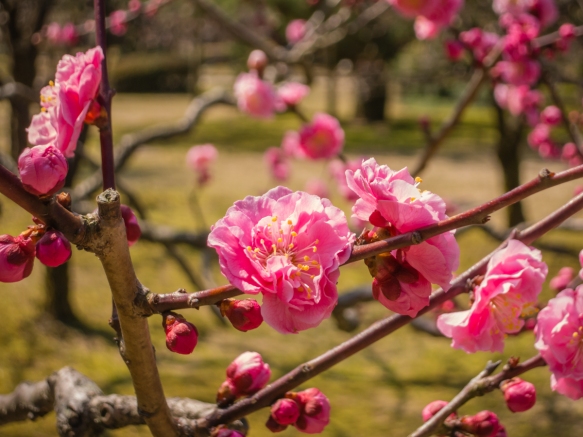 A few of the rare flowers this spring were in the plum garden section of Kenroku-en, Kanazawa, Honshu Island, Japan

The Nomura Samurai House offers insight into the lives of the highest ranking samurai during the Edo Period.  Occupied for 11 generations by the Nomura family, this traditional home features a drawing room made of Japanese cypress, and shoji screens painted with impressive landscapes.  Personal effects of the Nomura family are displayed including a samurai outfit, swords, lacquer pieces, and the family altar.  The tea ceremony is a highly recommended activity and takes place in one of the upper rooms overlooking a picturesque garden complete with a waterfall and stone lanterns.

This private garden with a small pond on the grounds of Nomura Samurai House, Kanazawa, Honshu Island, Japan, was strategically positioned so that it was visible from many rooms of the house